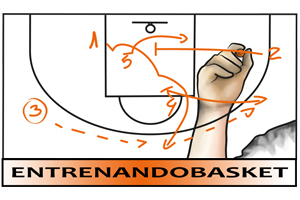 Creative minded coach. I like Offensive and attractive basketball, for  the player and also for the fans. I have the talent to get the best out of my players. I like to compete making all players significant. I do my best to identify myself with the club where I work.  I believe in ethical, trustful and empowering approach.

I spent 12 seasons as a professional Spanish basketball coach. Currently I run a company dedicated to the training of coaches and players from both tactical and leadership perspective. And I work as a Technical Director in two clubs, and still coaching in EBA League.

I have great desire to try new experiences coaching basketball outside of Spain. I have availability and flexibility to travel and change of country.

As a profesisonal coach

As a Youth Teams Manager